It is Eastertide on the Coast side!
The spirit of new life is all around
As our faith in the Resurrection does abound.
The sweet earth has shed her winter shrouds
For the hills are now covered in velvety green clouds.
Oceanus greets the shore vvith all it’s might,
As the waters sparkle with a heavenly light.

It is Eastertide on the Coast side!
Good Christians put away your daily strife.
Look around you, new growth promises new life.
For fertile mother earth is giving us a reflection
Of heaven’s purpose, promise and perfection.

It is Eastertide on the Coast side!
Stretch out your hands to the rising sun
For our resurrection from our winter souls has begun.
“Do not be afraid, for He is risen”*
And the promise of life everlasting to us is given.

*From the New Testament

During the week I wrote many lines
But I thought, who needs poetry in hard times?
Who would hear of flowered fields
When their retirement funds have no yields.
And who needs lyrical lines, when they can’t buy food.
Your church poet was in a bleak black mood.
So feeling that I had lost my muse
I stared at my bookshelves, and there was the “Good News”.
The weary world can leave us beaten down and blue
But in those glorious lines, our spirit we can renew
The Old Testament tells of a people’s struggles and strife
Perhaps in their story we can learn lessons for our modem life
The New Testament gives the Master’s words as nuggets ofgold
In that story that we love to hear told.
The economy might get better or it could get worse
But we can find hope in our favorite Bible verse.
I learned a lesson as I struggled to give you lines
For in the Bible we can find poetry for hard times
MARK’S MUSIC
By Kathy Rehm

When Mark makes music the notes scoop out
A little frozen chunk of your soul ,that he
Plops on your heart. His Smokey ,tawny tenor voice melts
Lyrics into warm honey that he
Drizzles~over the hardened bit

When Mark makes music of old time religion
The “Rock ofAges” starts to roll
You take a “Closer Walk” …
Amazing Grace is flowing everywhere and
You believe again.

When Marks makes music of the songs he wrote
The world will be beautiful
Peace and love will flow again as
The “bushmen” are burning and
You believe again.

When Mark makes music, his harmonies wash up
On the beaches of your being, rinsing away
The last hard pebbles and leaving notes of love
Scattered over your heart

WHAT DO YOU SEEK?
By Kathy Rehm

We follow the king star as the ancient stories foretold A new king is born, alliances to be made Against the might of Rome, his armies will be bold We are weary of this journey, the blistering sands Yet in the cold ofthe night, the sky is filled with the king star We must follow this light. We must journey on Why does this night light draw us so far? What do you seek? Asks the crafty King Herod,I have no knowledge of this birth Has the prophesy been misread? Have, we journied for naught? Our fortunes were spent on the kingly gifts we have brought. The king star glows there! Journey on men of the East For in Bethlehem at the new king’s palace we will feast What do you seek? Can this be, ? The king star is over a humble home A carpenter for a father the mother a young girl, the Babe Will this Child’s armies lead us against Rome? What do you seek? The sweet mother holds the Babe for us to see We fall to our knees how can this be? We know now what we must seek Not alliances or armies bold This new King will be the world’s to hold He will lead us not to worldly goods, or armies conquering deeds For He is the King ofour Spiritual needs What do you seek?

AT THE TOMB OF THE UNKNOWNS
By Kathy Rehm

These words are carved in the marble stone

Not far from Arlington’s Cemetery Gate
By your fellow warriors you lie in state
From a century ofwars, you came to rest in this place
Guarded by your fellow soldiers I in stately grace
By your sacrifices a later generation would yell
Hell no I We won’t go!
But you went, Into the trenches and the muck of Verdon
Onto Omaha beach ,or landing at Anzio
Into the bitter winter of the Frozen Chosun
Crawling through the jungles ofTet Offensive
Danny Boy the pipes are calling .. But
You did not come ye back
Johnny you were to come marching home But there was no hoorah
Your Tomb of The Unknowns is scared ground
Where our nation’s honor can still be found.

I text message my
Significant other, children, co workers,
Mailman, garbage man. the man-next-door and my
dog.
The cat has me on speed dial.

And to tell the truth
I’d be loSt without my Bluetooth.
first thing in the am, my tooth is on my ear
Keeping me in touch with those far and near.
My Blackberry does not need any cream
For my world appears on that little screen.
And while clutching my iPhone
The ring tones tell me that I am not alone.

But last night I cried and cried and cried
When suddenly all the batteries in my gizmos died!
This was an event of cosmic devastation,
Now I will have to go out and make conversation. 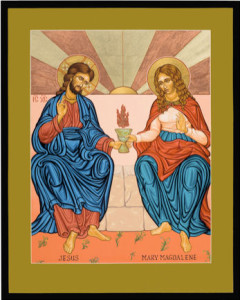